Analyst says Paul Zimmerman faced uphill battle in March 11 poll even before news surfaced that, like the justice secretary, his home had extra amenities

If he wins coming by-election, Au will throw resources from legislature into opening offices to better serve communities

Au Nok-hin thinks Hong Kong’s legislature is a lost cause – but the pan-democrat by-election hopeful dearly wants to win a seat there.

The notion is not as crazy as it seems, for the Southern District councillor has a plan and the Legislative Council still has its uses, despite the increasing stranglehold of the pro-establishment parties and government.

“We cannot stop many draconian laws from passing in Legco,” Au admitted to the Post in a recent interview. “For me, the only way to truly flip the situation over is for all of us [pan-democrats] to throw the resources from Legco into communities to reinforce the power of civil society.” 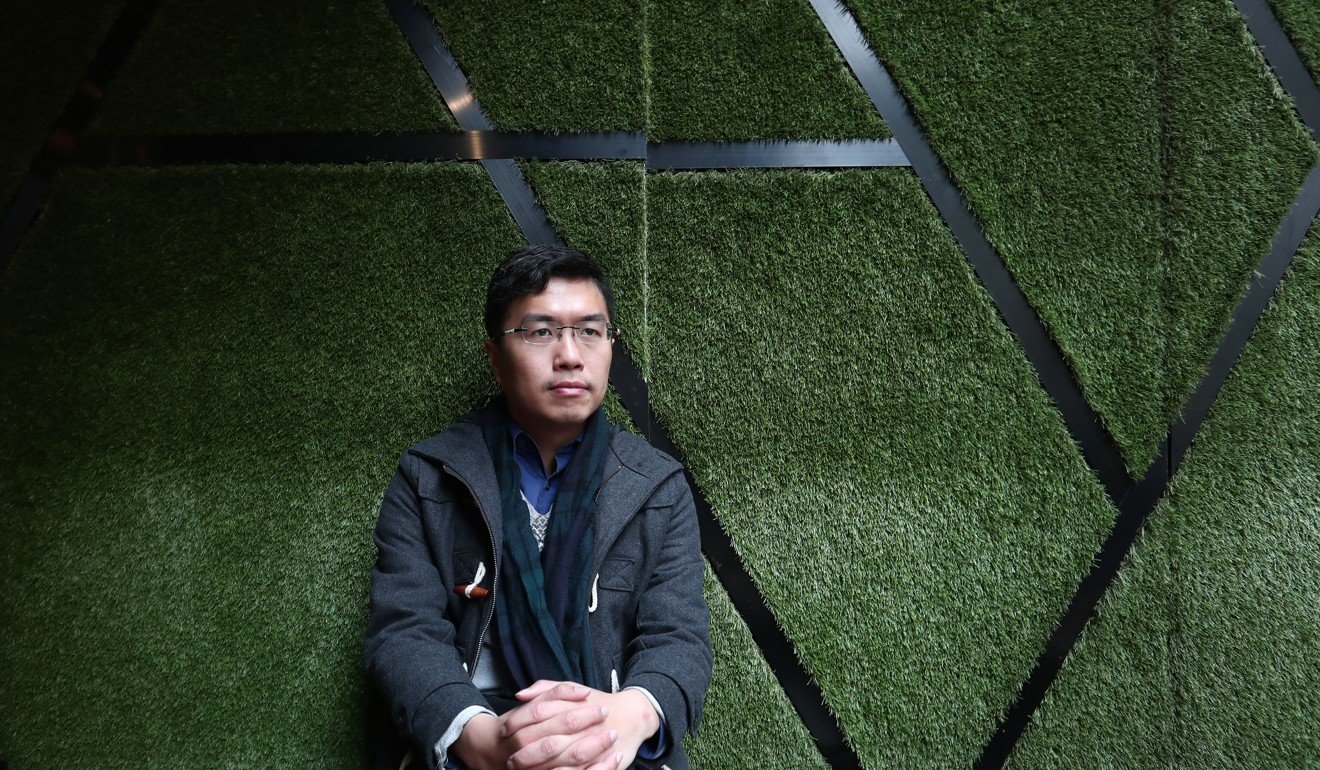 Despite remaining under the political radar until recently, 30-year-old Au – the pro-democracy camp’s candidate in the coming Legco by-election following the disqualification of Agnes Chow Ting – is no novice on the scene, having been a district councillor for the past seven years. He had also served as convenor of the Civil Human Rights Front, organiser of the city’s annual July 1 march, among other protests.

Who is Au Nok-hin? Hong Kong pan-democrats’ next Legco by-election candidate, that’s who

The former Democratic Party member believes that the resources and platform that go with the seat – rather than a lawmaker’s power in the chamber – are key.

“I will treat my seat in the Legislative Council as communal,” Au said, adding that if he were elected he would use the resources given to lawmakers and open more district offices.

And he would allow anyone aspiring to serve the community to use them.

“Democracy should be rooted in communities,” he said, repeating one of his core beliefs.

This belief was why he joined the Democratic Party – known for valuing community work – in 2009, while he was still studying politics at Chinese University. 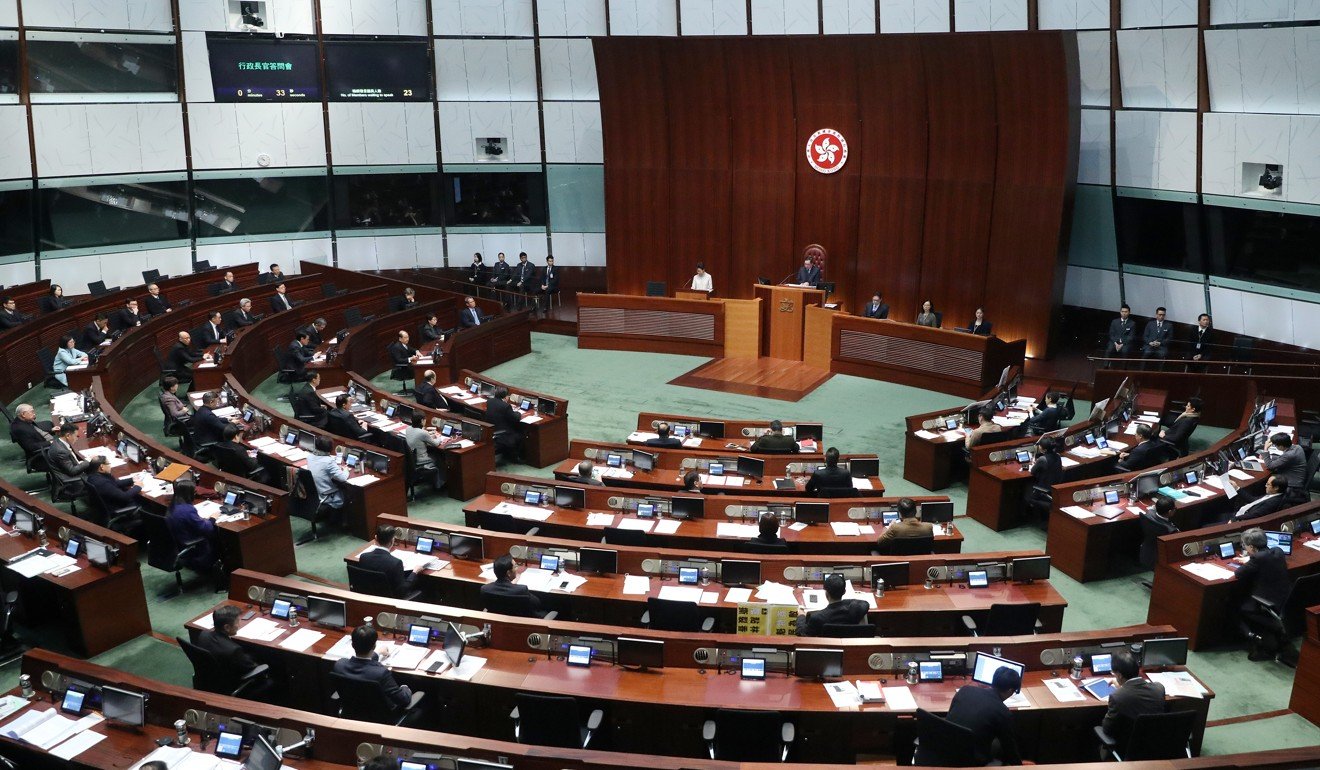 The opposition has had a difficult period in the Legislative Council. Photo: Sam Tsang

Two years later he won a seat on the Southern District Council, at the age of just 24. Au, a guest lecturer at Chinese University and City University’s Community College, was re-elected in 2015.

After witnessing numerous political storms over the years, Au still believes that spreading the seeds of democracy through community work is the way forward for the movement, although he quit the party last year because of disagreements over strategy.

A last-minute nominee for the March 11 by-election, Au – who was cleared late last month to run – was thrust into the spotlight as the opposition scrambled for a backup plan after election officials rejected Chow on the grounds that her party, Demosisto, had called for “self-determination” for Hong Kong.

With the opposition on the back foot over the past 18 months, Au will be hoping to strike a blow to the pro-establishment camp. His main by-election rival, Chan, is comparatively much less experienced in politics than he is.

Over the past two years, six pro-democracy lawmakers have been ousted from Legco, after the National People’s Congress Standing Committee, China top legislative body, re-interpreted the Basic Law, the city’s mini-constitution, and the High Court ruled they did not take their oaths of office properly.

With the bloc’s limited veto power in the 70-member legislature significantly weakened, the pro-establishment camp capitalised on the situation by pushing through 24 amendments to the rule book o curb filibustering – a tactic often used by the pan-democrats to block controversial bills.

On top of all that, three pan-democrat candidates were barred from running in the by-election­­ – to fill four of the six vacated seats­ – because of their political beliefs, sparking an outcry both locally and from the international community.

Au said he would have no qualms about employing Chow or other members from Demosisto – the party of former student activist Joshua Wong Chi-fung and ousted lawmaker Nathan Law Kwun-chung – to work in his office should he win.

But he disagreed with their calls for self-determination, which included independence as an option.

“My stance is to fight for the largest extent of self-determination under the framework of the Basic Law and the governing principle of ‘one country, two systems’,” he said, referring to the model under which Beijing governs Hong Kong.