(Reuters) – Cash withdrawals at Hong Kong ATMs have surged, prompting scrutiny from monetary authorities, the banking industry and police amid media reports that mainland Chinese are withdrawing hundreds of thousands of dollars using up to 50 cards at a time.

“The HKMA is aware of media reports about people using multiple mainland cards to withdraw cash at ATMs in Hong Kong,” the central bank said in a statement, adding that it was “monitoring the situation and is in discussion with the banking industry and the police about this issue”.

HKMA deputy Chief Executive Arthur Yuen shrugged off media reports that said up to HK$20 billion was being withdrawn from the city’s ATMs each month.

“I have to clarify that we have never seen that number. We don’t know where that number comes from. The number of monthly withdrawals, actually, is very volatile but it never reached that high a level,” he said.

“The most important thing is banks need to monitor that (cash withdrawal). If they see any suspicious transaction … they should and they have been reporting those kind of situations to the law enforcement agencies,” he said.

A local banker said some commercial banks have stepped up monitoring of cash withdrawals.

At the start of 2018, about 90 percent, or 1,040, of Macau’s ATMs had been fitted with “know your customer” (KYC) measures, including facial recognition technology.

The Monetary Authority of Macau told Reuters that measures introduced at ATMs in the world’s largest gambling hub had cut cash withdrawals to a “relatively reasonable level”. 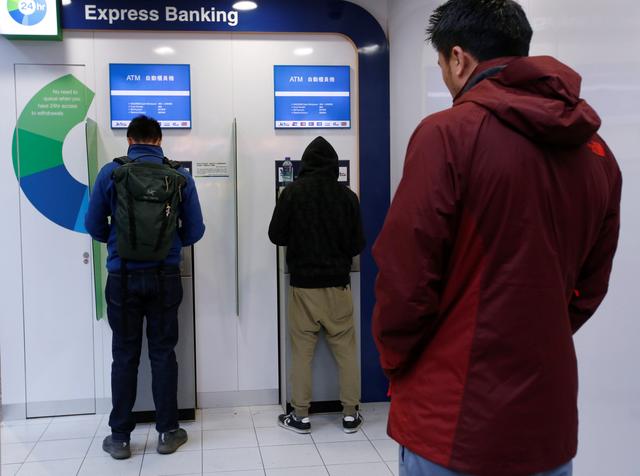 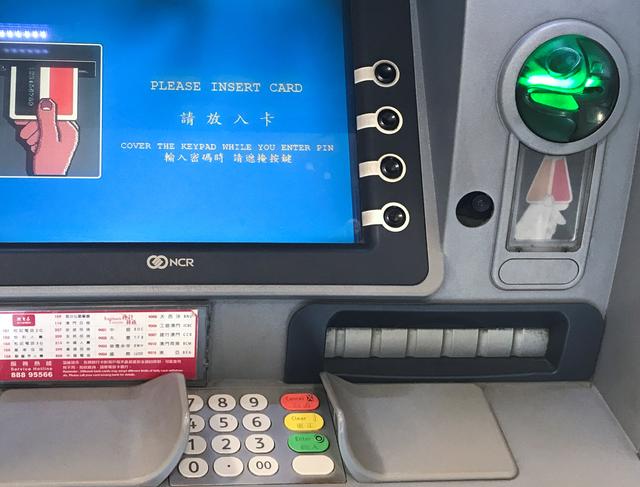 A small camera is installed on the right side of an ATM machine in Macau, China January 29, 2018.

“Irregular activities have been stopped, promoting the security of the financial system of Macau and having a positive impact on the development of the local financial sector,” it said.

The HKMA said it was “in close touch with the Macau authorities on their experiences in the use of facial recognition technology in ATM cash withdrawal”, adding that there currently was no plan to introduce the technology in Hong Kong.

The HKMA said that rule could impact withdrawals in Hong Kong.

The HKMA said it was not against the law for a person to withdraw cash from ATMs on behalf of others, exposing a potential loophole that could make it hard for authorities to crack down on mass withdrawals.

Hong Kong police said they were working closely with the HKMA and banking industry to respond to any changes in financial crime trends.